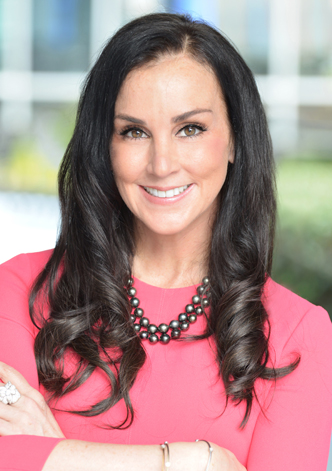 Elizabeth L.A. Garvish is the Founder and Managing Member of Garvish Immigration Law Group, LLC. Elizabeth is the granddaughter of Hungarian immigrants and grew up with a love for languages and culture. These passions landed her in her very first job as an attorney at an immigration firm in Houston, Texas. As an immigration lawyer, Elizabeth had found her purpose. After years of immigration practice experience with small boutique firms, big law and nonprofits, Elizabeth founded Garvish Immigration Law Group, LLC in 2010. The firm was recently recognized as one of the fastest growing law firms in the country by Law Firm 500.

Elizabeth is a frequent speaker and presenter on U.S. immigration topics around the world. She is an active member of the American Immigration Lawyers Association (AILA) serving on various national committees as well as serving as the Past Chair of the Georgia- Alabama Chapter of AILA. She also served for many years as the local Coordinator of AILA’s national Citizenship Day Naturalization Drive, and was recognized for her development of this program on local level as the recipient of the State Bar of Georgia’s H. Sol Clark Pro Bono Award in 2008. In 2012, she was recognized as an Agent of Change by the New Leaders Council and she received the AILA Champion of the Year award from the Georgia Asylum and Immigration Network in 2015. Elizabeth also hosts an internet radio show on wceg.org called “Beyond the Border.” She earned her B.A. from Johns Hopkins University and her J.D. from Tulane University School of Law. She is AV rated by Martindale Hubbell, recognized by Georgia Super Lawyers, licensed to practice law in Georgia, Texas and South Carolina and fluent in Spanish.