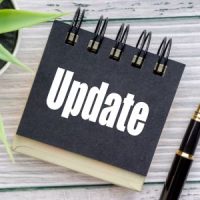 In certain 287(g) enforcement models, some local police are only required to take an eight-hour training course. Training to update policing skills may be required only as needed.

Local police agencies found the 287(g) program expensive and some local officials in Texas and Wisconsin have discontinued their 287(g) participation due to the high local program costs. ICE has also been accused of failure to establish proper 287(g) oversight. In addition, some local police chiefs have said that the 287(g) program injures community/police trust.

Cobb and Gwinnett Counties Drop Out

In 2021, Cobb and Gwinnett counties withdrew from their partnership with ICE under 287(g). The Georgia Latino Alliance for Human Rights (GLAHR) had pressured law enforcement in the two counties to end their agreement with ICE. The decision to end 287(g) participation was the culmination of a ten-year effort by GLAHR and other local immigrant support organizations.

287(g) was responsible for more Gwinnett and Cobb ICE contacts than anywhere else in the entire United States. GLAHR had set up a hotline for anyone concerned about a 287(g) incident, and the phone line was constantly in use. When Cobb and Gwinnett Counties dropped out of the 287(g) program, phone calls plummeted.

Jerry Gonzalez is the chief of the Georgia Association of Latino Elected Officials (GALEO). While the 287(g) partnership was in effect, Mr. Gonzalez said that he had received many calls from Hispanic crime victims who were worried that calling the police about their incidents would lead directly to deportation. With the demise of 287(g) in his county, Gonzalez no longer gets those calls.

Even though 287(g) is no longer in effect in certain Georgia counties, immigrants still face an array of challenges. If you, a friend or a loved one are facing immigration issues, do not try to deal with those issues without the help of a qualified and experienced Atlanta family immigration attorney.

Shirazi Immigration Law, Inc. is available to help find solutions for your immigration problems and help you realize your personal American dream. Call today at 404-523-3611 or visit us online to schedule a consultation.