Why Was The EB-5 Program Created? 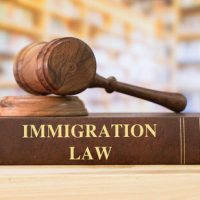 The United States welcomes investment into our country. And, when investments can be used to create gainful employment and growth for residents in the country, this may allow for foreign investors to live permanently in the United States. The Immigrant Investor Program, which is also called the EB-5 visa program, is unique in that it allows for certain foreign investments in the country to be used as a means to gain a green card. There are specific requirements to qualify for this visa program, though, so if you are interested in using this method to enter the United States and get your green card, it is best to work with an experienced immigration attorney.

In Georgia, the talented and knowledgeable Atlanta immigration attorneys at Shirazi Law can help you when you are weighing your options and routes to coming to the United States as a permanent resident.

How Did the EB-5 Visa Program Come About?

Managed by the U.S. Citizenship and Immigration Services (USCIS) the EB-5 is a visa program that is not similar to any other immigration program in the country. The sole reason that the EB-5 program exists is to build the United States up by attracting investment that will foster new job opportunities for residents throughout the country.

There are many rules and requirements to follow to qualify for the program including a $1 million dollar minimum contribution. And, there is a limited amount of visas available on an annual basis. Still, the visa program is a popular one and has brought billions of dollars to the economy while also employing many thousands of Americans.

The reason the EB-5 program was created was that in 1990 Congress believed the economy needed a boost. One avenue to achieve this objective was believed to be by bringing in money from foreign investors and then specifically using those funds to target valuable job creation. Early on, the application process was arduous and the requirements were also challenging. Because of this, the program was not sought-after and even with limits, all the visas available were not applied for.

In 2005, things changed with the creation of the Investor and Regional Center Unit. The IRCU better streamlined the process of getting the EB-5 visa which improved the success of the program. Such reforms and the state of the economy thereafter were related to why the EB-5 continued to flourish. In the fiscal year 2014, for example, out of the 10,000 visas that were available, as high as 9,228 were issued.

The EB-5 program may be right for you when you are considering entering the United States for permanent residence. For help determining what your options are and if the EB-5 visa makes sense for your unique situation, please call the Atlanta EB-5 immigration lawyers at Shirazi Immigration Law today to schedule a free consultation at 404-523-3611 for the Atlanta office and 771-532-8465 for our office in Hidalgo, Mexico.

There are options available to foreigners that want to come to the United States to live. Let the legal team at our office help you find the right approach for your United States immigration story.

By Shirazi Immigration Law, Inc. | Posted on August 24, 2022
« The Differences Between Criminal Courts And Immigration Courts In The United States
How Fiancé And Spouse Immigration Visas Differ »