Can Leaving The Country Affect My Permanent Resident Status? 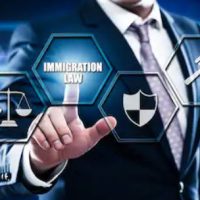 Will My Lengthy Trip Cost me my Residency Status?

Lawful permanent residents of the United States are allowed to travel, however, they are not permitted to abandon the United States. A short trip out of the country will not likely jeopardize your status, however, trips longer than three months, and certainly longer than a year, will trigger an inquiry into whether you have abandoned your residency in this country. The length of the trip is not the only factor that will be considered when determining whether to grant readmission. United States Citizenship and Immigration (USCIS) officials will assess many facts and circumstances of your departure and arrival, including your initial intention in leaving the country, if you were employed overseas, where your immediate family is located, and if you have property, a business, or a career in the United States. Your community ties in the United States will also be considered, as well as whether you maintained those ties while overseas. If your immediate family remained in the United States and you still own property here and are connected to the community, these factors will all weigh in favor of readmission. Alternatively, if you held a job overseas, moved your family overseas, do not have social ties in the United States, or sold your property prior to leaving the country or while you were away, this will weigh in favor of cancelling your residency status. It’s important to note that just as the length of the trip is not the only factor your employer will consider, other factors can also be given more weight than the length of the trip. For instance, if you took a number of trips outside of the country, even if you returned to the United States intermittently, this may still trigger an abandonment inquiry if other factors heavily indicate that you did not intend to continue building a life here. For instance, if you maintained employment overseas even when you were returning for brief visits to the United States and your family was also located overseas, this could indicate abandonment, particularly if you do not have property holdings or community ties in the country. As you can see, these cases can be complicated, and even slight differences in your circumstances and the facts of your case can result in an entirely different outcome. For this reason, if your permanent residency status could be in jeopardy, it’s critical that you talk to a qualified attorney.

If you are concerned about your permanent residency status or if you need legal assistance with an immigration-related issue, the best thing you can do is seek quality legal representation. The experienced Atlanta citizenship & naturalization attorneys at Shirazi Immigration Law are ready to help you. Contact Shirazi Immigration Law today to schedule a consultation and find out how we will fight to get you the life that you deserve.

By Shirazi Immigration Law, Inc. | Posted on January 12, 2022
« Does It Help To Expunge My Record For Immigration?
Help! My Immigration Sponsor Withdrew Their Affidavit Of Support »