We Believe in HELPING, not Hurting Our Veterans 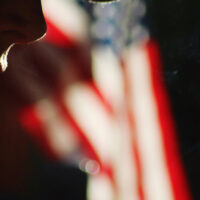 Veterans Are Being Threatened By Their Own Government

This is Shameful and Needs to Stop

Practicing immigration law under this administration has proven to be challenging for a number of reasons. We are seeing constant roadblocks, even for legal immigration. In daily conversations, people always talk about the fact that they’re okay with “legal immigration”. Based on our experience at Shirazi Immigration Law we do not think the difficulty of legal immigration, even for US citizens looking to help spouses or family members, is fully understood.

Recently, we took a case for a US Armed Forces veteran. He was trying to sponsor his wife, who is from the Philippines, for a Green Card. The initial court proceeding ended with a denial in which the veteran was threatened with an $813 DAILY civil penalty if his wife did not make a good faith effort to leave the country within 30 days. That’s when he called Shirazi Immigration Law and we stepped in.

This situation shines a light on something that has changed under the current administration. Along with a Green Card denial for his wife, this US Armed Forces veteran was threatened with civil penalties of $813 DAILY. In our years of experience at Shirazi Immigration Law, this is not something we have ever seen. Explaining this to the client doesn’t make it any better.

What is most interesting to us as legal professionals at Shirazi Immigration Law is that the reality of being able to impose DAILY civil penalties totaling $813 is basically zero. It’s not feasible but that didn’t stop the courts from threatening it. And for what purpose?

Let’s recap. This client is a US Armed Forces veteran who is being threatened by his own government. Not only did his wife not receive her Green Card, but she was also wholly denied. With the threat of a DAILY civil penalty in the amount of $813 — by following the legal process in this country for family sponsorships — he now fears for his home, his retirement, and everything else he has spent his life building after serving our country. Simply for being married to a person from another country.

The FACT that our government is threatening former US Armed Forces veterans with fines that would bankrupt any normal person is shameful. Stories like this are why we have to fight so hard every day to keep the American Dream alive for our clients.