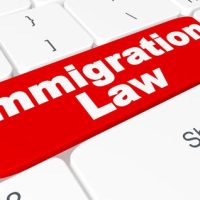 In 2021, there were 11,454 people that were given protection and shelter as refugees in the United States according to the U.S. Department of Homeland Security. Suppose you are seeking asylum in the United States. In that case, some important things can help you better understand if you will qualify and be successful or if your application will not secure your desired outcome.

Whether it is seeking asylum or by way of another method for entrance into the country that you are interested in, the talented and caring Atlanta refugee and asylum attorneys at Shirazi Immigration Law, Inc. offers tailored immigration solutions to help foreigners live their American Dream. If you are unsure about how to come to the country and obtain residence, Shirazi immigration Law, Inc. can answer your questions and provide assistance.

When Is a Foreigner Not Able to Be Granted Asylum in the United States?

It can be hard to determine who will be granted asylum in the United States and who will not. Many factors go into the decision, including who is in the white house at the time of your application. Though, some instances and elements may exist in your life which will make it difficult for you to apply for and obtain asylum to outright barring you from it. These include:

When you meet with an immigration judge, if certain bars exist that could keep you from entering the country and the protection it offers through the asylum process, you must counter this and detail why those bars do not apply to your situation. This can be a complicated process, especially if you are doing so alone and are unfamiliar with the English language. An immigration attorney can help you with the barriers you face regarding obtaining asylum in the United States.

A successful asylum claim may be what you need to escape persecution, but certain things can keep you from securing your objective. Call the Georgia refugee and asylum attorneys at Shirazi Immigration Law, Inc. today to schedule a free consultation to discuss your needs at 404-523-3611 for the Atlanta office and 771-532-8465 for our office in Hidalgo, Mexico.

By Shirazi Immigration Law, Inc. | Posted on October 13, 2022
« How Crimmigation Lawyers Help Non-Citizens
Is Everyone Born In The United States Entitled To Citizenship? »